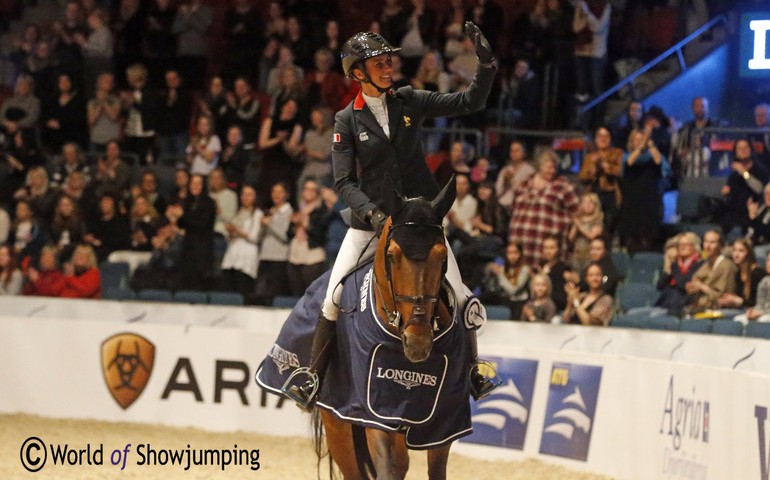 „We had a plan, and that was a good gallop from fence no. one to fence no. thirteen!“ 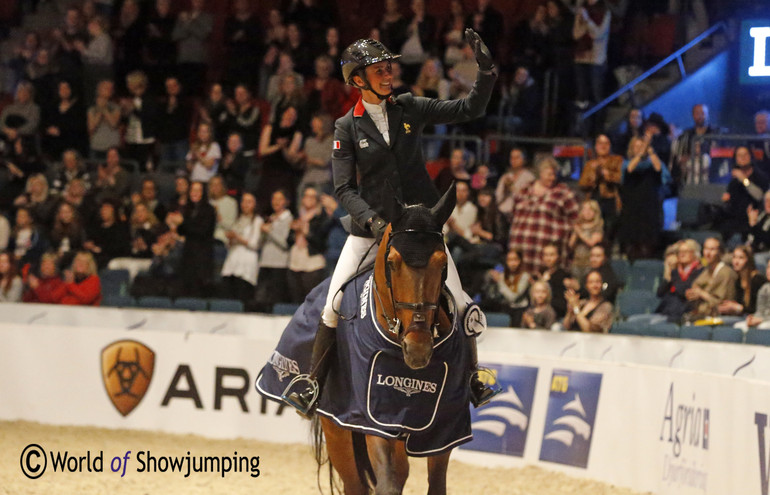 Penelope Leprevost on Vagabond de la Pomme: „He has a super character, and a lot of scope!“ Photo (c) Jenny Abrahamsson.

Summing up the press conference after the first round of the 2016 Longines FEI World Cup Final in Gothenburg, here is what the top three had to say:

The winner Penelope Leprevost about her performance, and her winning partner Vagbond de la Pomme – that she also was Vice Champion with at the 2015 Finals:

”My horse was very good in the warm-up two days ago, so he gave me a good feeling. And ok, I was lucky with the draw and that I was going towards the end. I had my plan in my head, and everything worked out.

My horse improved a lot since last year. And the last shows were good with him, I had quite a few clears – perhaps sometimes one down in the jump-off – but I tried to go faster and faster and now he is a fast horse!

Vagabond is very simple to ride. He has a super character, and a lot of scope. In the beginning the problem was the control. Now he has enough dressage though, so that is no longer a problem.”

Runner-up Simon Delestre on his round and the chances of becoming World Cup Champion:

“I had a super nice round today; I knew I was quite fast – but not stupid fast. I did a bit of the same like Penelope, because we walked the course together – we had a plan and that was a good gallop from fence no. one to fence no. thirteen. Then, I had exactly what I expected today – but I did not think I would be that far up – but it was just a super round.

For sure it would be a fantastic feeling [to end up as World Cup Champion], it is a dream for every rider to win the World Cup Final once during the career.”

Third placed Daniel Deusser, who was 2014 World Cup Champion commented on his chances of winning again and on his round today:

“I would say the chances are there. My horse is in a very good condition and jumped really good. For today, I was very happy with the way he jumped and with the round I had. I knew for sure that it was possible to go faster, but my goal was to be in the top five and that worked out. But, we still have a few rounds to go and a lot can happen. I have a good feeling, but we will see what happens.

To be honest, I tried to be a bit careful. That was out of experience from last year, where I tried to go really fast and had one down in the end – which brought me down a bit. Still, over the last years a lot happened the second and the last day so I think it is important to be among the 5-6-7 best after day one, and from there on you have to make sure your horse is in a good shape and that you still ride good. A lot can happen tomorrow and a lot can happen on Monday.”